Sources for the dance performed by Lingdale Primrose are: 'Longsword Dances' by Ivor Allsop; notes made by Peter Kennedy in 1948, a film made in 1936 by Lady Trevelyn and detailed notes made by Roy Dommett from the film (Dommetts' Morris Notes, Volume 5).  We also have a copy of a text from Kirkleatham Museum, which was written down circa 1999 and is based on the dance learnt in 1945.
The original 1936 film suffered a change of speed when converted to video, owing to different frame rates. This copy has been slowed by 78% in an attempt to correct for this.
The dancers were miners, and their swords were made from miners' worn out drills, about 2ft 6in long, with a wooden handle, a blunt tip and no edge.
​
We owe thanks to the Sword Dance Union, EFDSS, the Morris Federation, Phil Heaton, Chris Metherell, and others for helping us trace all this material.
​
The dance changed and evolved over time.  Where there are two different versions of a move, we've picked the one we liked best.
​
There's some great photos and newspaper clippings of the original Lingdale Primrose team here and here.
The dancers wore black shoes, navy trousers, white shirt and black tie.  On  the tie, they wore a badge of locked swords, and around the waist a cummerbund of the team's colours.
Note 'Tommy' in the photographs, in an old top hat, carrying a walking stick. The 1936 film also shows a 'Betty'.
The photos below were taken by Tony Foxworthy in the early 1960s. 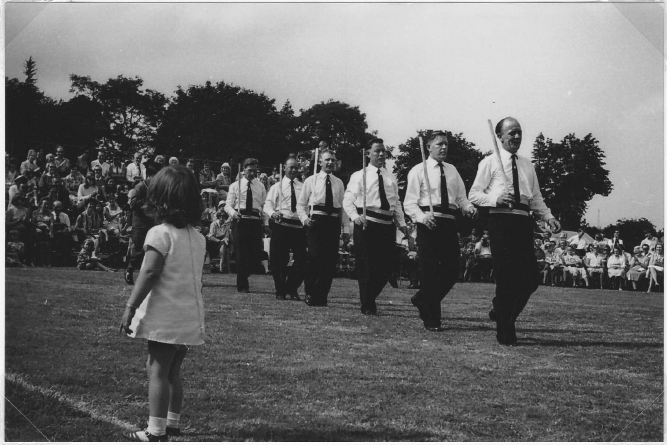 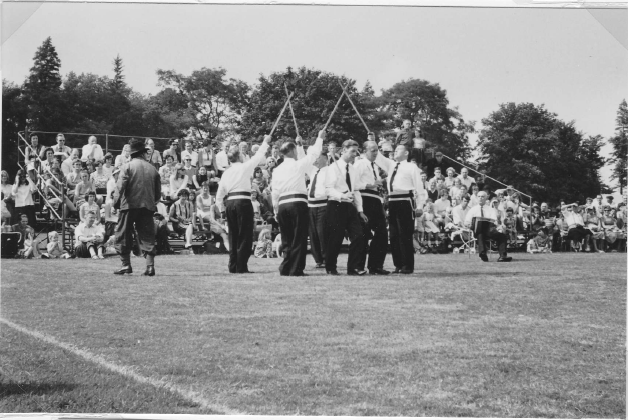 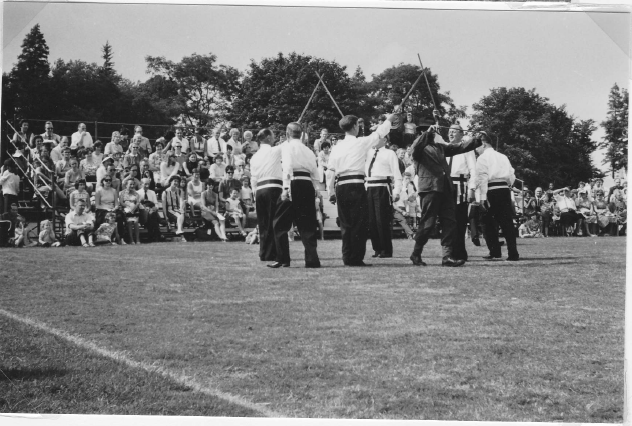 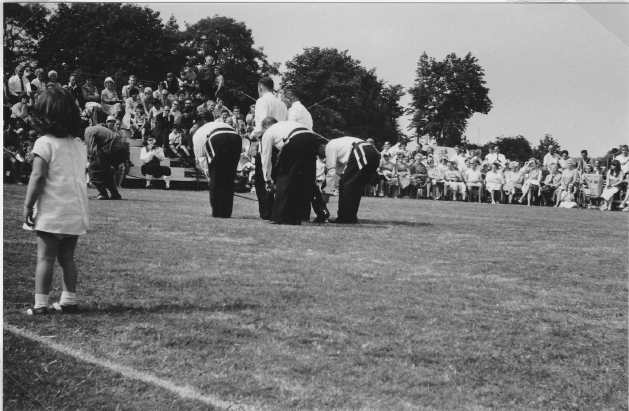 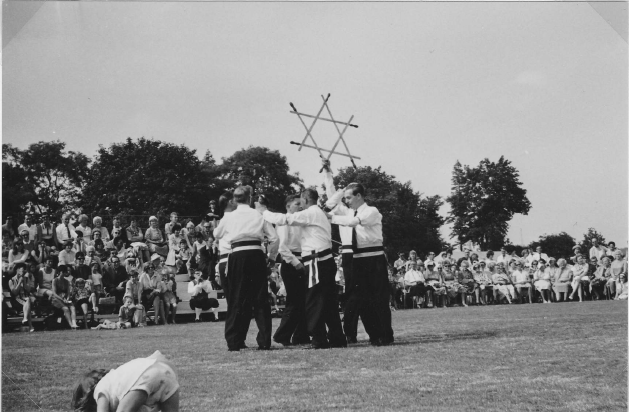 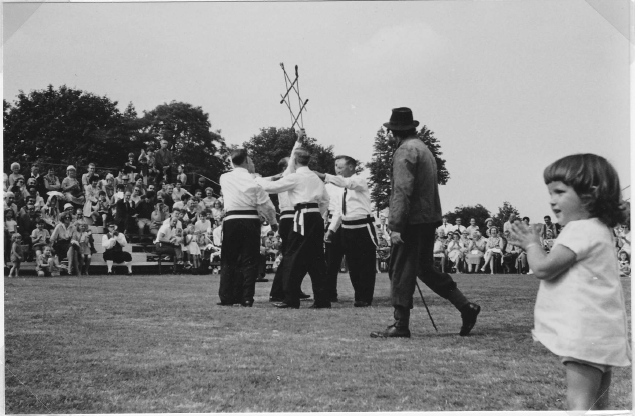